AOC Has Armed Security Protecting Her While Trying to Defund Police 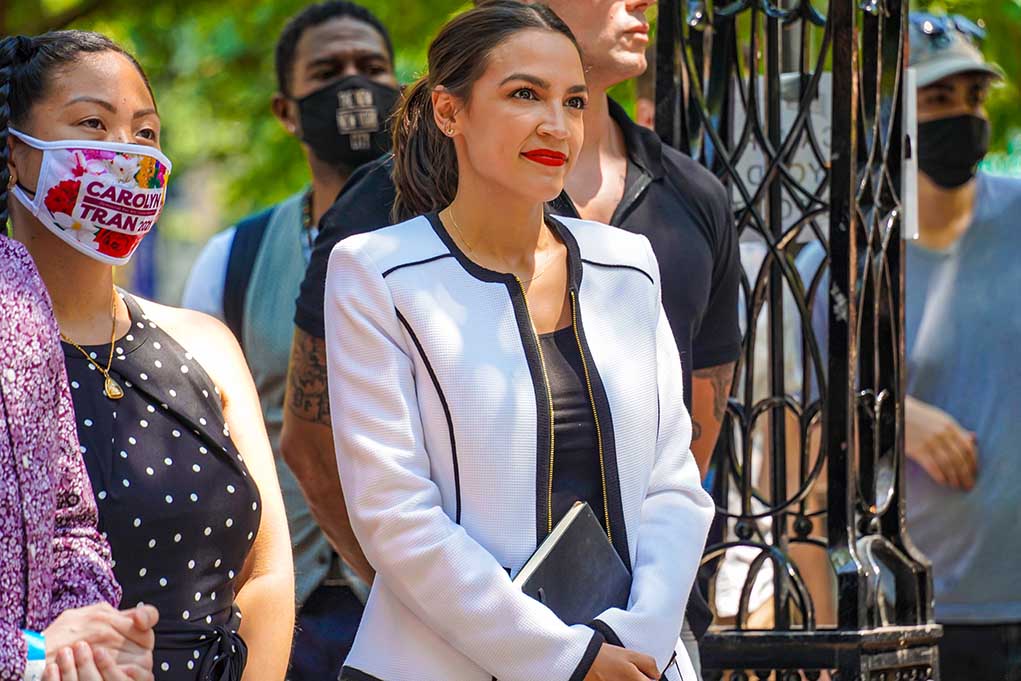 (UnitedVoice.com) – Democrats started calling for cities to defund the police after George Floyd’s death in Minneapolis, Minnesota, during an altercation with police in 2020. Some on the Left sought to clarify the movement, saying they didn’t actually want to defund departments. Rep. Alexandria Ocasio Cortez (D-NY) was not one of those lawmakers. She was adamant that she literally wanted their funding stripped. A year later, the congresswoman is — unsurprisingly — showing her hypocrisy.

On September 21, AOC joined a group of Democrats on Capitol Hill at a news conference to discuss the passage of a House bill giving President Joe Biden authority to put an eviction moratorium in place. When the presser was over, the New York congresswoman left in a Chevy Suburban with a Capitol Police detail.

Defund the private police detail uh I mean private security team if @AOC. She hates the police and advocates for defunding so she should be okay with losing her protection. https://t.co/6Qz7dwM0o4

Just the News contacted the Capitol Hill Police to ask about AOC’s security detail, but the agency refused to answer questions.

It’s not surprising the law enforcement agency would be seen protecting a member of Congress, that’s what they do. However, it’s notable given the fact that AOC wants police departments in everyone else’s neighborhood to suffer massive budget cuts.

In other words, she wants to receive police protection but average Americans are supposed to just buck up and take care of themselves. Seems fair.