(FiveNation.com) – The Third Amendment may be the most downplayed amendment in the Constitution, but it’s also one of the most important. Like many others, it rose out of a continuous violation of human rights and an abundance of frustration from the people. Yet, this is one amendment that leaves room for states to provide for laws of their own on the topic at hand.

“No Soldier shall, in time of peace be quartered in any house, without the consent of the Owner, nor in time of war, but in a manner to be prescribed by law.”

Before laws were made against it, quartering soldiers was a common thing. In areas where soldiers were fighting for the people, this might not have been a bad thing. The problem was they didn’t just stay in homes but often did so to the detriment of the homeowner, consuming goods and violating those who lived there.

Because soldiers were so often commissioned to fight against the people, and did so while taking over their homes, it’s no wonder that British and colonists alike had a fear of standing soldiers in their locale, and especially in their homes.

When the French and Indian War ended, Britain left soldiers in the colonies under the premise that they would protect the colonists from raids. The more likely reason is that they wanted to keep the colonists under control, but also did not want the expense of bringing the soldiers home, nor housing and feeding them. They had no intention of funding them from afar, either.

Heavily in debt, the Crown opted to force the colonists to pay for the soldiers, whom the colonists didn’t want. The Quartering Act of 1765 forced their hand. This act made colonists support the soldiers. They created barracks for them and provided them with necessities, including alcoholic beverages. The colonists did not do this directly but through the charge of their local legislature, who could create and enforce the details.

The Quartering Act of 1774 stripped local legislatures of their authority over where soldiers might be quartered. Originally, it was their responsibility to find empty houses or barns to use when there weren’t any barracks. This act removed the local authority and now allowed those loyal to the Crown to make these decisions. Further, the language of the act was so ambiguous as to leave almost anything open to the demands of the governor:

It was bad enough the colonists had to pay for the living expenses of the soldiers. Now, even their own legislature had no say in the matter. Thus, the language of the Third Amendment makes it clear that only laws (created by the legislative branch) enacted in times of war can force anyone to house a soldier. 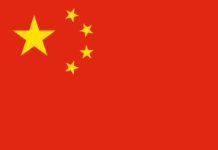 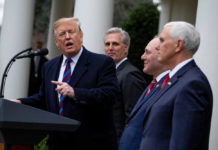